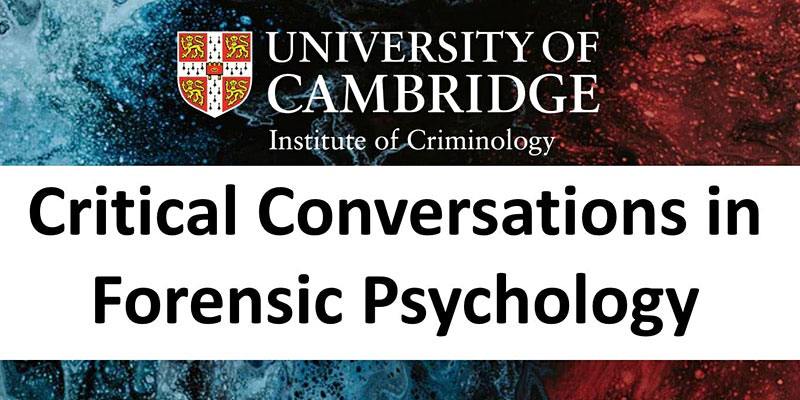 Erik Linstrum and Tarek Younis talk about psychology's colonial legacy, and its role in racialised systems of punishment.

Critical Conversations in Forensic Psychology is an online seminar series for psychologists, criminal justice researchers, and anybody interested in how psychology is practiced in the criminal justice system. It aims to ignite new discussion on forensic psychology practice by pairing psychologists with scholars from neighbouring crime-interested disciplines, to offer different perspectives on critical issues and foster interdisciplinary dialogue.

Crime control and criminal justice agencies are expanding in reach and scope, often to the detriment of marginalised communities, human rights, and civil liberties. Such a world needs a joined-up approach and a holistic understanding by those involved in it, including practicing psychologists. This seminar series aims to offer new theoretical fuel to forensic psychology through dialogue with neighbouring scholars. The series will form the basis of a professional network for psychologists interested in expanding their repertoire with ideas from the social sciences, humanities, arts, and beyond, and in increasing the fluidity between the ‘psy’ disciplines and others who study or practice in the fields of crime and criminal justice.

The promise of defeating anticolonial resistance through psychological expertise captured imaginations across the post-1945 British empire in Asia and Africa. In war and peace alike, the imperial state worked to thwart rebellion by understanding motives, charting the unconscious origins of behaviour, and ultimately changing minds. But even as administrators and soldiers drew on the theories, methods, and language of psychology to advance their aims, many psychologists raised objections to the instrumentalization of their expertise. The history of imperial psychology is not just a morality play about the corruption of intellectuals, therefore, but also a cautionary tale about the state’s selective use and creative reappropriation of expert knowledge.

Erik Linstrum is Associate Professor of History at the University of Virginia. He is the author of Ruling Minds: Psychology in the British Empire (Harvard University Press, 2016), which won the George Louis Beer Prize from the American Historical Association for the best book of the year in modern European international history. He is currently writing a book about knowledge of colonial violence in post-1945 Britain. In this talk, he discusses the activities of psychologists in Britain’s colonies, and their relationship to crime control and punishment.

Dr Tarek Younis is a Lecturer in Psychology at Middlesex University. He researches and writes on Islamophobia, racism in mental health, and the securitisation of clinical settings. He teaches on the impact of culture, religion, globalization and security policies on mental health. He offers a response to Erik Linstrum.